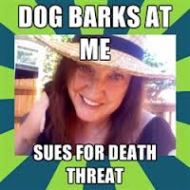 A record recruiting class in the books had Ole Miss fans buzzing but they were not the only ones. No better evidence of that than Coach Hugh Freeze’s at mentions on twitter. He was berated by one fan after another with accusations aplenty. Apparently, some of those tweets were the equivalent of kicking a hornet’s nest.

This caption was an email received by an MSU site administrator detailing what happens when you tweet at Freeze.

“Last week my buddy couldn’t believe the recruiting class of Ole Miss. So he started doing some research and found the document where the NCAA had come down on Freeze when he was recruiting coordinator at Ole Miss. He tweeted it at Freeze and several Ole Miss fans attacked him. Then he found the article about Robert Nkemdiche’s dad possibly getting a job at UMC and tweeted it at Freeze. Again Ole Miss fans attacked him.

So the next day Freeze responds to his tweets and asked him to come visit Oxford and take a tour of campus. He turns down the offer and Makes another anti-Freeze tweet later in the day. By yesterday morning his twitter was blocked. It appears Freeze or his attorney contacted Twitter about my buddy and got him blocked.”

I want to clear at least one thing up. The account in question was that of @SfanD1 who I followed as well. He was not blocked. He was banned and his whole account was deleted. I do not know him personally but I can confirm that his account no longer exists.

Personally, I don’t tweet opposing coaches smack talk but if you do, I don’t really care. My take on this is pretty simple. It’s pretty dang hilarious for a couple of reasons. First reason is that I have never seen another coach who takes the time to argue petty things with opposing fans and even a parody account of himself as Hugh Freeze does. It cracks me up. The second part is if he got so angry over tweets that he actually had his lawyer threaten someone with a lawsuit, that just takes the cake. I really don’t have an issue with the guy losing his account. I don’t condone trolling.  Anyone can report an abusive account and twitter makes that call.

The last thing I want to address is the tort threats.  I see Ole Miss fans on twitter and their message boards constantly stating, “Cant something be done legally!! We need to sue these people!!” I’ve got news for the people in this group. That is so delusional it is unreal and you really need to come to grips with yourself and reality. If you have been on social media during the terms of the last 2 Presidents of the United States of America, you should understand that things people say about others in charge is insane. The only thing that separates logic from insanity is if he’s “your guy” or not. If you think what people have said about the last 2 presidents is ok but what is said about Hugh Freeze is not, I’m sorry but you need help. In our society it has become apparent that there are no sacred cows or men “too holy” for online ridicule, Hugh Freeze included.

Please read the update. Link below