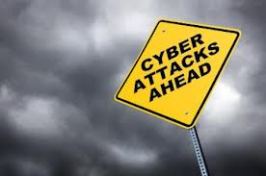 Yesterday I ran a story concerning a fans account of what happened when he tweeted negative things to Hugh Freeze. Apparently, I kicked a hornet’s nest as well. After the post had been up for about 6 hours I received an email from Ole Miss Associate Athletic Director Kyle Campbell concerning some parts of the post he classified as “inaccuracies”. First off, let me state that I’m not posting this as a bash Mr. Campbell rebuttal. He contacted me in a professional manner and cleared up at least 1 thing to me and I will go on to address his concerns item by item in this update. I cannot post the email since it is confidential and contains privy information so yall just have to trust me. I am shocked that I heard from Mr. Campbell considering my blog was only 4 days old and barely at 1k views. Nonetheless, let me clarify his concerns.

Concern #1– He took issue with part of my post that said, “NCAA had come down on Freeze when he was recruiting coordinator at Ole Miss.” He went on to explain that there were only 2 minor secondary violations involving Coach Freeze during his time as recruiting coordinator. First off, those statements were taken off of an email that I obtained which are bolded and I state that those are not my words. Nowhere did I address or publicize the 2 secondary violations in my post. I’ll be completely honest. Secondary violations can be given out for almost anything. I do not care that he got them nor do I think that implies anything about the character or recruiting strategy of Hugh Freeze.

Concern #2– He took issue with another excerpt out of the email, which again are not my words, containing the phrase “Freeze’s lawyer”. Mr. Campbell was emphatic that neither Freeze’s lawyer nor anyone representing Ole Miss contacted any fan regarding anything on twitter. My language in the end of the post states “if” that happened and did not present this email as fact. I take Mr. Campbell as an honest man and I 100% believe what he told me to be true.

My take on his concerns- I respect Kyle Campbell and appreciate his email to clear the air regarding my post. I think everyone should believe what he said and take this update into consideration when referring back to the original post. In my opinion his biggest issue was the title but anyone would know after reading the post that the title was meant to generate interest and was not an implication that Hugh Freeze is suing people. His second concern did clear up something but it opens up and entirely new, chilling can of worms.

I’ll be honest with yall. I’m a bit uneasy writing this but it I feel like it needs to be documented since I am now on the radar. When I took Kyle Campbell’s words as truth I almost had a sinking feeling when I realized what it meant. The gentlemen in the original post had 2 different family members contacted by someone who WAS NOT an official legal representative of Ole Miss. We all know how powerful many of the big boosters at Ole Miss are. This means there are people who are taking it open themselves to impersonate Ole Miss officials and legally threaten MSU fans because of their post on social media and the internet. There is nothing more frightening than rich, powerful men threatening you from the veil of darkness.

The even more terrifying thing is that this is not the first time this has happened and it’s turning into a trend. On January 2, 2013 MSU internet persona Coach34 posted a chilling private message he received. Let me state that I’m not condoning all of Coach34’s thoughts or post. He has made a name for himself on message boards ruffing feathers, which I think he enjoys, but no one deserves to be threatened like this:

“I have no personal problem with you, so take what I am about to tell you, and do what you choose with it. If you don’t stop some of the stuff you are saying regarding Ole Miss, there are some people that are ready to ruin you. They have info on you and (my wife). They have info about your time @ Coffeeville and Grenada. They have info about your current job, who that company does business with, etc. Im on a private board that allows me to be privy to this stuff. Again, I hope you take this info and do something productive with it. They have also gotten info from teachers, coaches, and students you had @ . Again, Im telling you these are folks that can ruin you. Don’t let your internet persona get the best of you, man. It’s not a road you want to go down. it’s going to get ugly for you. No one cared until they perceived you were flat lying and trying to get more involved with that stuff. Again, I hope you take me at my word on this. I would hate to see their lives ruined over trivial stuff.”

It doesn’t stop there either. Make It Rain Sports radio host Jake Wimberly whose show is on Bulldog Sports Radio and Rebel Sports radio made some comments on twitter regarding Hugh Freeze. Anyone that knows Jake knows he wasn’t being serious. After his comments were responded to by Hugh Freeze on twitter Jake was harassed on multiple websites including people posting pictures of his wife. It gets worse. He received death threats. You read that right, death threats. These threats culminated in multiple individuals daring him to come to Oxford for the Egg Bowl.

Bottom line is that sports and emotions in the south get intertwined together and fans often lose sight that it is a game. Regardless if you cannot stand another blogger, tweeter, or message board poster, they do not deserve to be threatened. At the end of the day people are people. They have mothers, fathers, sister, brothers, wives, and children. There is no room for threatening people’s careers, families, and making death threats. Even if we root for different teams, we are much more alike than different.