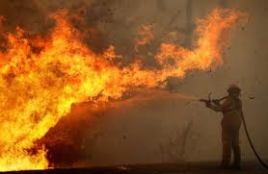 Amid new allegations of institutionalized cheating at Auburn many are queuing up the “plains are burning” chorus. These new allegations were brought by Auburn alum and former senior writer for the New York Times and Sports Illustrated, Selena Roberts, at her website Roopstigo.com. Her story centers around the bizarre case of former Auburn player Mike McNeil who was one of 4 Auburn players kicked off the team the offseason after their National Championship. The many inconsistencies in the local police handling of the case led Roberts to many more allegations of a systematic cheating culture embedded in the entire community in Auburn.

Her story goes on to allege pay for play by Auburn coaching staff (including now Florida head coach Will Muschamp), grade fixing, widespread drug use and test failure cover-ups, and even mishandlings of felony cases by the police station where police protocol is thrown to the wind because the allegations involve football players.

Since the release of the story, many of the players are recanting what they allegedly told Roberts and saying she misquoted them. Officials are quoted denying Roberts allegations. Roberts goes on to explain herself in a Q & A with former MSU beat writer and now Al.com writer Brandon Marcello.

With all that’s going on I expect the Auburn family to go “all in” once again and vehemently deny all allegations and do everything they can to discredit Selena Roberts. Do not kid yourself about the power of the Auburn machine and what they are capable of. The main reason I will keep a close eye on this is because Roberts is not a rookie blogger. She is a former SI and NYT writer and I would assume she did due diligence in bringing this story forth and has a great network of sources and legal help.

Even if these turn out to be true, I cannot say with any confidence that the NCAA will be able to do anything about it. After the latest debacle with Miami and all the things we’ve learned about Mark Emmert it seems that the NCAA is a broken agency. A broken agency that ultimately has no teeth due to the lack of subpoena power.

There are some factors that make me wonder if there is a chance this time around.

Here is an expert to Roberts story with a link if you would like to check it out.

Payments to players: Receiver Darvin Adams, a star player with NFL dreams and a family to support, wrestled with whether to turn pro after the championship season. He discussed his plans with teammates and told them how much pressure he was under by Auburn coaches to stay. McNeil and Blanc say Auburn coaches offered Adams several thousand dollars to stay for his senior year. “It was sugar-coated in a way,” says Adams, who confirmed he was offered financial incentives, but declined to detail the exact amount. “It was like, we’ll do this and that for you. But I’d rather do things the right way. I am happy I didn’t say yes to that stuff. That’s what I’d tell kids.” Adams turned pro but went undrafted, a result, one NFL scout says, was due to negative reports on him from Auburn coaches. Adams plays for the Toronto Argonauts of the Canadian Football League and refuses to be bitter. “I play the cards I’m dealt,” he says. Other players tell stories of in-season cash payments to players. “Coaches would say, ‘Don’t tell anyone where you got it from,’’’ says Blanc. McNeil recalls having a difficult day at practice in 2007 and then-defensive coordinator, Will Muschamp, calling him into his office. “I had no clue what it was about because I’d never directly asked him for anything,” says McNeil. “He slid about $400 over to me. He went into a drawer and gave me money and said, ‘Is this enough? Is this good?’ And I said, ‘Yeah, I’m good.’” Muschamp, now the head football coach at the University of Florida, denied the payment through a spokesperson.